Tokyo Imperial Palace is located in the center of Tokyo. The residence of the Emperor's family, including a large park, is covering an area of 3.41 square kilometres.

 Explore Ryokans in Tokyo >
Ryokans are the perfect way to discover old Japanese culture and traditions. The whole place is surrounded by huge stone walls and moats. It is possible to book a tour at the imperial grounds. Slots are only available over the Imperial Household Agency's website.

How to get to Tokyo Imperial Palace?

Imperial Palace East Garden (Kokyo Higashi Gyoen) - this public park belongs to the inner palace area, the foundation of the Edo Castle tower can be found there

Tokagakudo Concert Hall - building was completed in 1966, located in the East Garden

New Year's Greeting (2nd)
It is only 2times a year possible to visit the inner palace grounds. Appr. 70 000 people use this chance to greet the Imperial Family. There are usually 5 appearances of the family. The entrance for this event is at the Main Gate from 9:30 am till 2:10 pm. 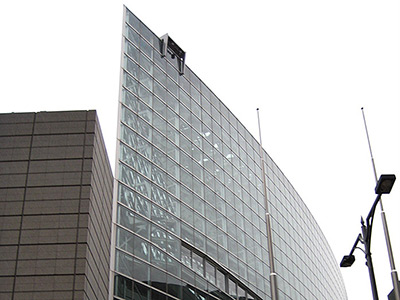 This place is a must-see for arcitecture lovers. 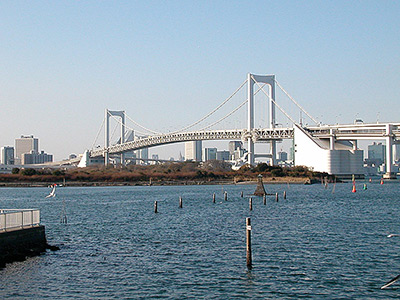 a large artificial island in the Tokyo Bay. 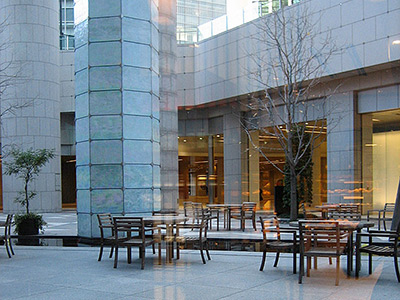 is a very modern area with many high-rise buildings.

"Even a rainy day could not hold me back to visit the Imperial Palace.
Close to the Tokyo Station is the main residence of the Emperor of Japan located. Some parts of that area are open to the public. One tip on 23rd of December and the 2nd of January is the only chance to visit the inner palace."

 back to Tokyo overview
next gallery Kanda Shrine 