The neighbourhood of Shimokitazawa, also known as Shimokita, is one of the best places for living in Tokyo. Downtown Shinjuku is just a short train ride away, but this place feels like a bohemian village within this giant city.

 Explore Ryokans in Tokyo >
Ryokans are the perfect way to discover old Japanese culture and traditions. What makes this place so lovely are the narrow streets, theaters, cafes, small independent fashion shops for vintage clothing, live music clubs and so much more. Everything here feels more down to earth than the crazy Shibuya or noisy Harajuku. It is an amazing place for young trendsetting people. The Japan National Tourism Organization (JNTO) published the results of a survey under young people in Tokyo with the question: Where would you like to live in Tokyo? You know already the answer:) Shimokitazawa was under the top 3.

Shimokitazawa was in the old days a small farming community. In 1921, after the Great Kanto Earthquake, many people had to leave the destroyed center of Tokyo and settled in this area. The Shimokitazawa neighbourhood survived the World War 2 bombings and became afterwards a US second-hand market place for soldiers. Parts of it can still be found. During the 1970s the young hip people of Tokyo discovered this place and transformed it in this unique bohemian village. Unfortunately in 2004 the Setagaya City Council released a plan for the future to redevelop a large section of Shimokitazawa, including the construction of several skyscrapers, and extending Route 54 across the city. Let´s hope this will not destroy the charm of this nice place.

Shimokitazawa is located within the Setagaya district on the western side of Tokyo.
Address: 2-23-9 Kitazawa, Setagaya-ku, Tokyo

How to get to Shimokitazawa?

Shimokita Tengu Matsuri or Long Red-nosed Goblins Festival (3 days, end of Jan - begin of Feb)
The festival is held to honor Tengu (Japanese god of mischief and patron saint of the martial arts). The annual ritual of Setsubun involves a lot of bean-throwing, so be prepared. The highlight is the parade on Saturday afternoon. A huge and bright red tengu head will be carried through the narrow streets and children wearing goblin masks at the same time. 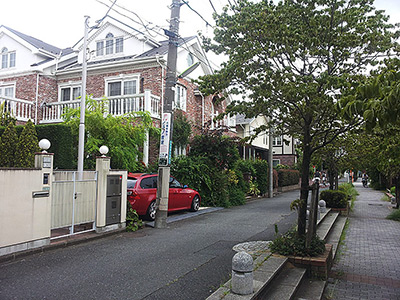 also known by locals as Nikotama within Setagaya district 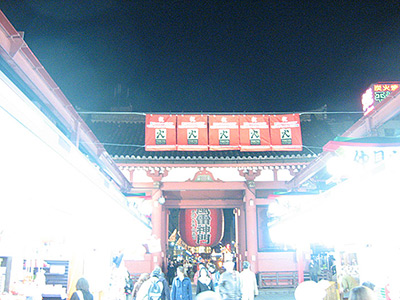 One of my favourite parks in Tokyo.

"If I had to pick one place for living in Tokyo, I would make Shimokitazawa in Setagaya my new home.
The people are more relaxed here. The price level is not so high compared to the busy districts in Toyko and the whole area feels like a village."

 back to Tokyo overview
next gallery Futako Tamagawa 