The Todai-ji Temple ("Great Eastern Temple") is a UNESCO World Heritage Site and one of the historical most important Buddhist temples in Japan. The main hall of the temple complex is called Daibutsuden (Big Buddha Hall).

Explore Ryokans in Nara
Ryokans are the perfect way to discover old Japanese culture and traditions. Daibutsuden is with a height of 49m the world's largest wooden building. Can you imagine that what you see today is just two thirds of the original size (reconstructed from 1692 - 1709). The hall itself contains with 14.98m height the largest bronze Buddha statue (Daibutsu) in Japan. The weight of the statue is nearly 500 tonnes. Kuninaka no Muraji Kimimaro, a Japanese sculpture with Korean roots, was the designer of the original Buddha figure. Todaiji, located within the Nara Park, belongs to the - Big Three - temple highlights of Nara. The other two are Kofukuji and Horyuji.

Todaiji Temple in Nara was commissioned by Emperor Shomu (724 - 749). The temple complex was finally completed in 752 after 15 years of construction. At that time Nara was still the capital of Japan. The Daibutsuden (Big Buddha Hall) opening ceremony in 749 attended more than 10 000 people. Buddhist from China, India, Japan and the entire imperial court admired there the largest bronze Buddha statue in the world. The main hall was in its history twice destroyed by fire. The last reconstruction, following a huge earthquake, took place during the Edo Period (1603-1867) in 1709. The Todaiji Temple is still to this day the Japanese headquarter of the Kegon school of Buddhism.

How to get to Todai-ji Temple?

Daibutsuden (Big Buddha Hall) - This huge wooden construction/hall is an impressive sight and will leave you speechless.

Big Buddha (Daibutsu) - Nearly 2.6 Mio. people helped to construct the bronze statue and the hall - a must-see destination on your Japan trip.

Nandaimon Gate - The large wooden gate (designated national treasure) was rebuilt in 1195 and is known for its 7m tall guardian gods (nio). These wooden statues protecting the temple from evil forces.

Todaiji Museum - You will find this museum near Nandaimon Gate on the way to Daibutsuden (Big Buddha Hall). It was opened in 2011. The museum contains a large collection of Buddha statues, religious art and cultural treasures.

Shoro (Belfry) - It has the second largest bell in Japan.

Huge bronze octagonal lantern - The lantern can be found on the wide pathway between the Daibutsuden (Big Buddha Hall) and Chumon Gate.

Kagami-ike (Mirror Pond) - Take a moment to relax at the pond (right behind the Daibutsuden) and enjoy the beautiful reflections of the temple structures at the surface.

Nigatsudo (Second Month Hall) - This is the place where the amazing Omizutori ceremonies are held in March.

Hokke-do (Lotus Hall/Third Month Hall) - It is the oldest structure of the Todai-ji Temple. Some parts dating back to the 8th century. The hall contains an impressive collection of Buddha statues. One of them is the well-known 3.6 metre tall representation of an eight-armed Buddha with a large black pearl placed on its forehead.

Shoso-in (Treasury) - You will find there over 9000 sacred art objects like textiles, masks, weapons and much more. Some of them were gifts to the temple by empresses and emperors.

Nara Park - Enjoy the red deer there:) They love to eat special crackers called shika senbeie. You can buy these crackers for appr. 150yen. 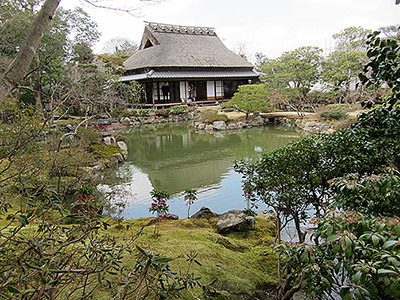 is a UNESCO World Heritage Site

You will find approx. 2000 stone laterns along the path

"The Todaiji Temple with The Great Buddha (Daibutsu) statue is one of the most impressive sights in Japan and the biggest tourist magnet in Nara.
After I passed the large wooden Nandaimon Gate (Great South Gate), on my way to Todaiji, I was in a different world. The temple itself is the largest wooden construction on this planet. The superlative are not stopping here. The buddha statue there is also the largest bronze statue in the world. This UNESCO World Heritage Site was my personal highlight in Nara and my must-see recommendation."

 back to Nara overview
next gallery Isuien Garden 