Tsumago is like Narai and Magome an old post town along the Nakasendo Route. It is a very popular tourist destination and also known as the best preserved post town in Japan. When you walk through the streets of Tsumago, you feel like being back in the Edo period 300 years ago. A hiking tour from Tsumago to Magome is my must-do recommendation on your Japan trip.

Tsumago was the 42nd station out of 69 stations along the Nakasendo Route (534 km). The route connected Kyoto with Edo (Tokyo city) when the Tokugawa shoguns ruled Japan (1603-1867). In 1976 the Japanese government declared this town as a nationally-designated architectural preservation site.

Tsumago belongs to the town Nagiso and is located within the Nagano Prefecture.

How to get to Tsumago?

Tsumago Honjin - former inn where in the old times the daimyo (the powerful territorial lord) spent the night, enjoy the exhibition inside

Waki-honjin - former rest stop for helpers of the daimyo, reconstructed in 1877, serves now as a museum

Kotoku Temple - a Buddhist temple from 1500

Kisoji-kan - visit the outside onsen (rotenburo) with great mountain views, 10min by bus from Tsumago's car park No 1

Wachino Shrine Festival (23rd till 24th)
A portable shrine will be carried by local people through the town.

Fire Festival (fourth Saturday)
The festival is held near the ruins of Tsumago Castle. Enjoy the Kiso dance performances. 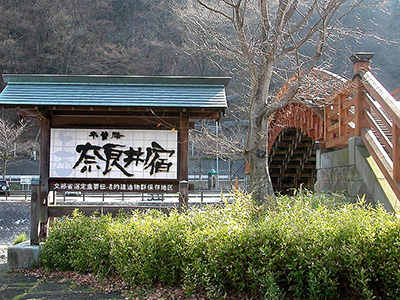 a hiking paradise in the Nagano prefecture.

is listed as a National Treasure of Japan. 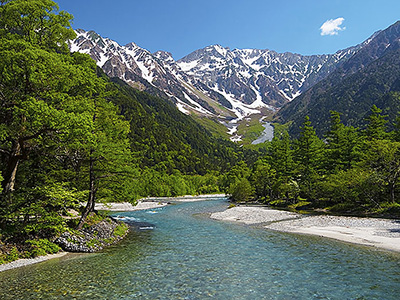 the highest and most famous mountain in Japan.

"This very well preserved post town was the highlight of my 3 day hiking tour.
The atmosphere was really beautiful. I recommend you to stay at least one night in an ryokan there. After an refreshing overnight stay I followed the path to Magome. The final station of my short trip."

 back to Journey overview
next gallery Magome 