Matsumoto Castle, also called Fukashi Castle in the past, is listed as a National Treasure of Japan. It is one of the most famous flatland castles in Japan and one of the oldest. The original castle consists of five external levels and six internal stories with a total height of 29.4m. Due to its black exterior it is also known as the "Crow Castle". The castle contains a special moon viewing pavilion connected to the main tower. Only the Okayama and Matsumoto Castle have such kind of pavilion. Besides the Himeji Castle this is my must-see castle recommendation for you especially during the sakura season (cherry blossom).

Matsumoto Castle belongs to the city Matsumoto and is located within the Nagano Prefecture.
Address: 4-1 Marunouchi, Matsumoto City, 390-0873 Nagano

How to get to Matsumoto Castle?

Teppo Gura - armory and weapons museum at the second floor

Taiko Drum Festival at Matsumoto Castle (last Saturday and Sunday in July)
The main feature of this festival are the traditional Japanese wadaiko drum's. Groups from all over Japan joining this event and entertaining the crowd. It is one of the largest wadaiko drum festivals in Japan and very popular for locals and tourists.

Takigi Noh at Matsumoto Castle (8th Aug)
Noh performances on stage are a tradional art form in Japan. Enjoy the unique atmosphere at the castle grounds and watch the play starting during the sunset.

Where to stay near Matsumoto Castle?

Hotels and Ryokans near Matsumoto Castle 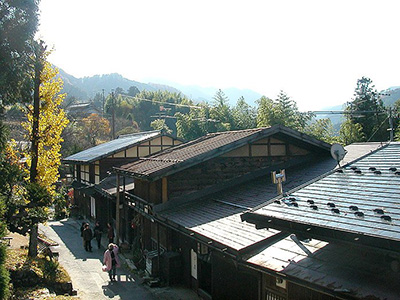 "The beautiful architecture makes it an outstanding example among Japan's original castles.
Visit this place during the cherry blossom season and enjoy the amazing atmosphere."

 back to Journey overview
next gallery Shimabara Castle 