Kumamoto Castle (Ginnan-jo) with its two main towers belongs to the top three premier castles in Japan, besides Matsumoto Castle and Himeji Castle. It is the main attraction of the city Kumamoto. The castle grounds measures are 1.6 km x 1.2 km. The larger main tower (donjon) has 6 stories and reaches a height of 30.29 meters. The impressive stone walls of the tower are 13.5 meter high. The smaller main tower has 4 stories and reaches a height of 19 meters. 13 buildings of the hilltop castle complex are designated by the Japanese Government as Important Cultural Properties.

Since 2004 I travel nearly every year to Japan. The rail pass made my life easier to discover all those amazing places in my favourite country. Kumamoto Castle is also one of the top 100 cherry blossom viewing spots in Japan.
A strong earthquake with a magnitude of 7.3 in 2016 caused huge damage on the Kumamoto Castle. Finally in 2021 the main keeps (tenshukaku) of the castle were restored and are again accessible by the public. Unfortunately it will take roughly 20 years to bring back the castle grounds to its former glory. To give visitors a chance to see and follow the restoration of the inner castle grounds, an elevated walkway was built in 2020. In normal times two million visitors came here every year.

Kumamoto Castle was built by daimyo Kato Kiyomasa (1561 - 1611) from 1601 till 1607. He extended massively the smaller castle (dating back to 1467) located at this site. The Hosokawa clan took over the castle in 1632. The clan stayed in power for the following 240 years until the Meiji period (1868 - 1912). During the Satsuma rebellion in 1877 the main tower and other buildings burned down completely. Many years of reconstruction were necessary to rebuilt the castle and to maintain its unique atmosphere. The main towers of the castle were reconstructed by using concrete in 1960. For the 400th anniversary in 2007 the castle received a major overhaul.

How to get to Kumamoto Castle?

Kumamoto Castle Museum - The museum contains samurai armour, Japanese swords, palanquins and other artifacts from the Hosokawa and Kato clans.

Honmaru Goten Palace - The palace was created by Kato Kiyomasa for his government office and completely destroyed during the Seinan Civil War (1877). The building was reconstructed for the 400th anniversary of Kumamoto Castle. It opened its doors for the public in 2008.

Kumamoto Castle Marathon (around 19th)
Established in 2012 to celebrate the new status of an ordinance-designated city.

Kumamoto Castle Festival (mid October)
The highlight of the festival are the Taiko drumming performances. The show begins at sunset and you can enjoy different groups with powerful performances.

Where to stay near Kumamoto Castle?

Hotels and Ryokans near Kumamoto Castle 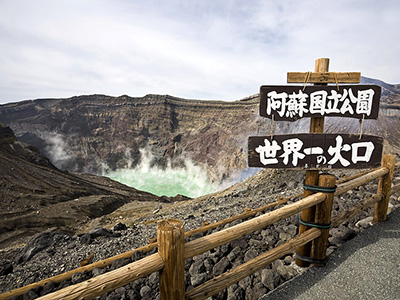 One of the largest volcanos in the world. 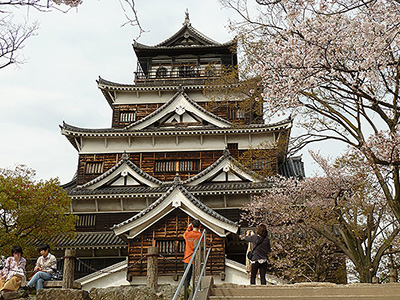 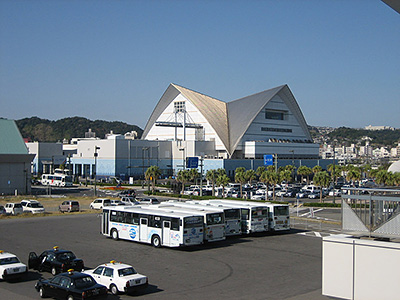 "Kumamoto Castle is one the finest castles in Japan and the symbol of the city Kumamoto.
I would like to recommend you this castle as a must-see during your Kyushu trip."