Goju-no-to (Five-Storied Pagoda) on Miyajima Island is dedicated to the Buddhist God of Medicine. The main deity (god) is accompanied by the Buddhist saints Monju (Wisdom Buddha) and Fugen (Mercy Buddha). The vermillion colored pagoda with a height of 27.6 meters is really an impressive sight. The mainly Japanese architecture style shows also some Chinese influence, especially in parts of the top of the wooden pillars.

Explore Ryokans in Miyajima
Ryokans are the perfect way to discover old Japanese culture and traditions. The roof is made with layers of Japanese cypress bark shingles. Goju-no-to is located on a little hill, which offers you great views over the Senjokaku Shrine (Hall of One Thousand Tatami Mats), Itsukushima Shrine, the village Miyajima-cho and the bay area. The cherry blossom season at the end of March and beginning of April is the best time to visit this beautiful place.

Goju-no-to was built in 1407 and reconstructed in 1533. A special moment came in 1900 when the structure was declared a Specially Preserved Building. In 1945 major work was done to bring back the Five-Storied Pagoda to its former glory.

The Five-Storied Pagoda (Goju-no-to) is located at Miyajima Island right at the entrance of the Itsukushima Shrine.
Address: Miyajima-cho, Hatsukaichi City 739-0521

How to get to Goju-no-to?

Inside the Gojunoto Pagoda (unfortunately not open for the public):

Central Pillar - Usually a pillar would reach from the roof to the foundation, but in this case the main pillar stretches only to the second story from the roof. This unique feature was installed to have a counter weight in case of an earthquake. The first story is supported by 16 pillars and each of them has the name of its donor displayed.

Interior design - You will find here paintings of a dragon (Nihon no ryu), lotus flowers, the Shingon Hasso sutra on the ceiling and the famous Eight Views of Shohshoh.

Miyajima-cho - The only village on the island Miyajima has the name Miyajima-cho. At the moment 1942 people living here and it was merged with the city Hatsukaichi in 2005.

Mount Misen - Enjoy the view from the top of the mountain (530m). It is amazing. Read more >

Daiganji - Daiganji is an important Buddhist temple and dedicated to the Goddess Benzaiten. The temple is dating back to the Heian period (794 to 1185).

Daishoin Temple - Daisho-in temple complex on Miyajima Island is known as the most important temple of Shingon Buddhist school of Omuro. It is also the oldest temple on the island and dating back to 806. Read more >

Miyajima Aquarium - It reopend in August 2011 and it is a Seto Inland Sea themed aquarium.

Museum of Historical and Folklore Materials - The museum was constructed in the 1830s. More than 3000 items about the Miyajima history are on display.

Momijidani Park - The park is located at the base of Mount Misen. The best time to come here is during the Autumn season.

Taho-to - A beautiful two-storied pagoda with a height of 15.6 meters. The pagoda is located south of the famous Itsukushima-jinja. Read more >

Omoto Park - It is one of the best cherry blossom spots on Miyajima island. Read more >

Kangensai Festival (4th)
The largest annual festival at the Itsukushima Shrine is dating back to the Heian period (794 to 1185). 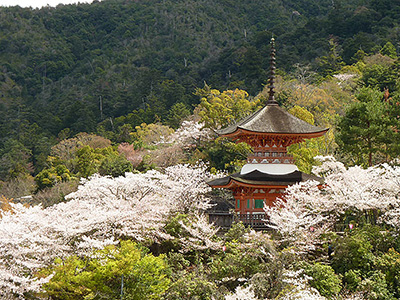 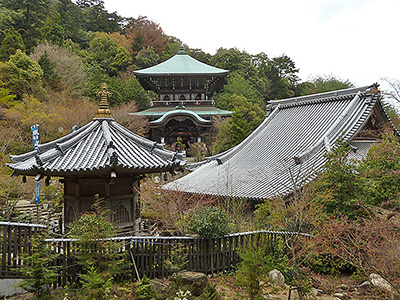 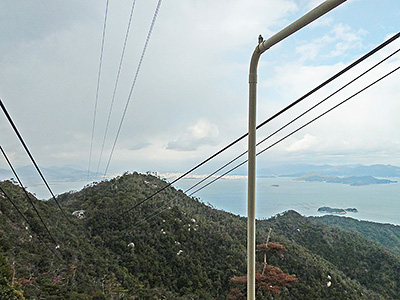 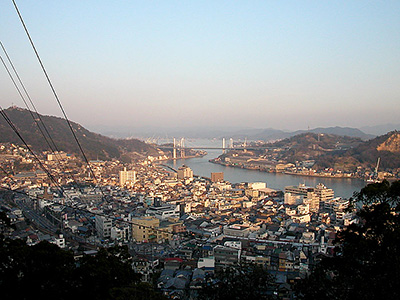 "The Gojunoto Pagoda on Miyajima Island displays beautiful carvings and paintings at the outside.
Only four other pagodas in Japan having a similar structure like this five-storied pagoda. Unfortunately you are not allowed to enter the building."

 back to Journey overview
next gallery Tahoto Pagoda 