The city Takayama with its beautiful preserved old town (rarley seen in other cities in Japan), has an estimated population in July 2011 of 92.369. The city is the region's administrative and transport hub.

Takayama was established in the late 16th century during the Jomon period. The city inhabitants are famous for their knowledge in carpentry.

The city Takayama is located in the northern part of the Gifu Prefecture.

How to get to Takayama?

Takayama Festival in Spring (14th - 15th)
This festival belongs to the the top three festivals in Japan.

Where to stay in Takayama?

Hotels and Ryokans in Takayama 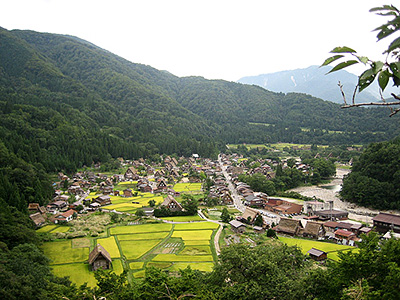 My favourite city in Japan and a must see.

"Takayama is also called little Kyoto, because of the beautiful old town.
I ate the best Ramen ever there. This is a very common Japanese noodle dish. Check the picture and you know what I mean:) Takayama was also my starting point for a trip to Shirakawago."

 back to Journey overview
next gallery Shirakawa-go 