The Hie Shinto Shrine (Hie Jinja) in Tokyo is the protector shrine of Edo Castle/Imperial Palace. The architectural style of the shrine is called Gongen-Zukuri.

 Explore Ryokans in Tokyo >
Ryokans are the perfect way to discover old Japanese culture and traditions. It consists of a complex roof system in which the Haiden (hall of worship) and Honden (inner sanctuary) are connected with eachother. Enjoy the 90 impressive red torii gates leading up to the main shrine. The sight of the torii gates alone are worth a visit. Hie Shrine contains a sword (tachi), which is considered a National Treasure. You can find there also 14 important cultural assets, 13 swords and one naginata (bladed weapon with a long wooden shaft). Oyamakui-no-kami is the main deity (god) of the shrine. It is also a very popular place for families for a visit during the Shichigosan coming-of-age festival and it is the starting point of the famous Sanno Matsuri (festival) in June. People coming here to wish/pray for a save birth, getting a girlfriend or boyfriend, being a lucky winner and to get rid of something evil.

The Hie Jinja Shrine was founded in 1478 by the lord Ota Dokan (1432 - 1486) on the site of the Edo Castle, which is now the location of the Imperial Palace in Tokyo. In 1607 the decision was made by shogun Tokugawa Hidetada (1579 - 1632) to relocate Hie Shrine near the present National Theatre of Japan (Kokuritsu Gekijo). This gave the citizens of Edo finally access to the shrine to worship there. A huge fire in 1657 destroyed most of Edo including the Hie Shrine. In 1659 shogun Ietsuna Tokugawa (1641 - 1680) gave the order to rebuilt the shrine at its present location. In the period of 1871 to 1946 the Hie Shrine stood in the first rank of government supported shrines (Kanpei-taisha). During the heavy bombings of Tokyo during World War 2 the shrine was completely destroyed, but reconstructed in 1958.

How to get to Hie-jinja Shrine?

Tunnel of torii - walk through it and enjoy the atmosphere

Sanno Matsuri
The Sanno festival belongs to the three great Japanese festivals of Edo. Part of the festival is the Jinko-sai event, which is only performed in even-numbered years. Three portable shrines and hundreds of followers creating a long procession which leads also to the Imperial Palace. One of the followers and the chief priest are allowed to pray there for the well-being of the imperial family. Hie Shrine received this honor as the only Shinto shrine in Japan.

is by far the place with highest density of foreigners in Tokyo. 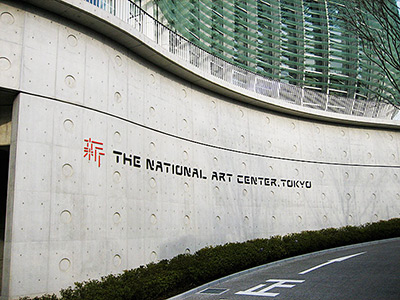 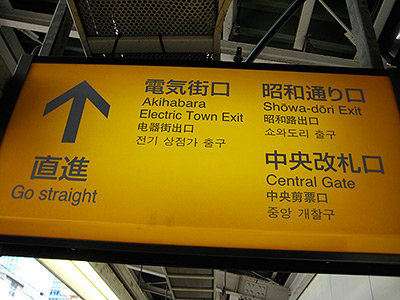 or "Electric Town" will provide you with any kind of electronic gadgets. 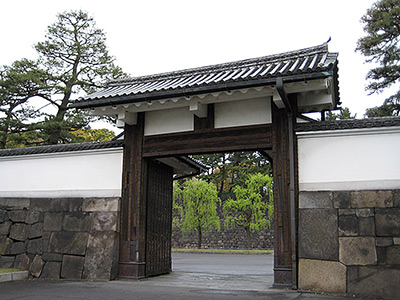 is the residence of the Emperor's family.

"The tree covered hilltop location of Hie Shrine at the heart of Tokyo is a peaceful and truly beautiful place.
Hie Jinja itself belongs to the major shrines of the capital."

 back to Tokyo overview
next gallery Tsukiji Market 