The Ikebukuro district is one of the huge commercial and entertainment centers in Tokyo. The districts heart is the busy Ikebukuro Station.

Explore Ryokans in Tokyo
Ryokans are the perfect way to discover old Japanese culture and traditions. This station is with 2.71 million passengers/day the second busiest railway station in the world. Shinjuku Station is holding the first place.

Ikebukuro was the location of the Sugamo Prison. The prison was constructed in 1895. After World War 2 it became nationwide known as the prison for war criminals waiting for their trial. In 1971 the building was removed and in 1978 the construction of the Sunshine 60 (for less than 10 years the highest skyscraper in East Asia) building started.

Ikebukuro is located within the Toshima-ku (ward) in Tokyo at the northwestern part of the JR Yamanote Line.

How to get to Ikebukuro?

Toyota showroom Amlux - great place to check out the latest models and technology from Toyota, located near Sunshine City

Paper Museum - opened in 1950, learn as much as you can about the history and making of paper

Fukuro Matsuri (the Owl Festival) (last weekend Sep., first weekend in Oct.)
This Yosakoi competition (unique Japanese style of dance from Kochi) is one of the largest in Tokyo. Enjoy the colorful and energetic performances of this street festival.

Oeshiki Matsuri (16th till 18th)
The procession of giant lanterns at night is the highlight during the festival (located near Ikebukuro station). 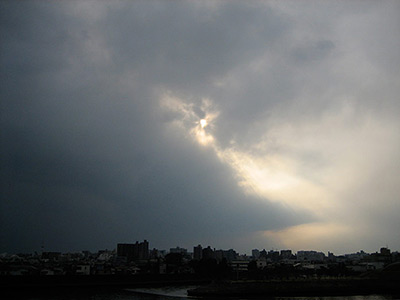 explore the area along the Arakawa river

"You can find the Ikebukuro Station along the Yamanote Line.
The Station is one of the busiest in the world. The shopping opportunities are endless. Worth a visit is the Sunshine City. They have many entertainment facilites there. I liked the most the Toyota showroom."

 back to Tokyo overview
next gallery Tokyo Metropolitan 