Kobe Chinatown, also called Nankinmachi, is a major tourist attraction within the Motomachi District in central Kobe. It is out of 3 Chinatowns in Japan the second largest. The other two are Yokohama Chinatown and Nagasaki Chinatown. Approx. 10000 people living here at the moment. Nankinmachi covers an area of 270 meters (east to west) by 110 meters (north to south).

Explore Ryokans in Kobe
Ryokans are the perfect way to discover old Japanese culture and traditions. Enjoy the huge variety of restaurants (over 100), street food stalls, temple and shopping facilities along the two main streets. The excellent local food there like Gyoza (Chinese dumpling), Butaman (steamed pork buns) or Dandan Noodles (spicy sesame ramen) is my must try out recommendation for you.

Nankinmachi (Nanking Town) was founded in 1868 at the end of the Edo period (1603 - 1868). At that time Kobe opened its port to the trade with foreigners like the Chinese. The Chinese merchants soon started to built their own community in Kobe's foreign district. The name was taken from the old capital of China Nanjing. Many Chinese left Kobe during the Second Sino-Japanese War (1937 - 1945). The Chinatown was completely destroyed in 1945 during the heavy bombing in WW2. The Kobe earthquake (Great Hanshin earthquake) in 1995 caused a lot of damage, but everything was rebuilt shortly after.

How to get to Kobe Chinatown?

Three Gates (archways) - Nanluo Gate, Changan Gate and Xian Gate can be found at the south, east and west entrance. At the northern entrance of the Chinatown you will find a pair of lion statues, but no gate. The impressive Changan Gate was erected in 1985.

Chinese temple - The temple was built in 1887 and is dedicated to the famous general Guan Yu. Inside you will find sculptures of Guan Yu, his son Guan Ping and assistant Zhou Cang. The temple itself was destroyed in WW2, by a huge fire in 1977 and during the Great Hanshin earthquake in 1995. Thanks to the local support the temple was always rebuilt after these tragic events.

Roshioki - It is the most famous and popular Butaman shop (steamed pork buns) in town.

Nankinmachi Mid-autumn Festival (mid Sep – early Oct)
The second largest festival in the Chinatown honors the god of earth and the harvest in autumn. Do not miss the chance to see chefs preparing special seasonal menus and later watch the impressive lion dances.

Where to stay in Kobe?

Best Hotels and Ryokans in Kobe

was created to honor Kusunoki Masashige. 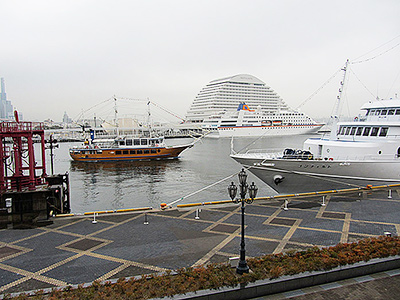 I especially liked the illumination at night.

In this district you will find there many foreign residences. 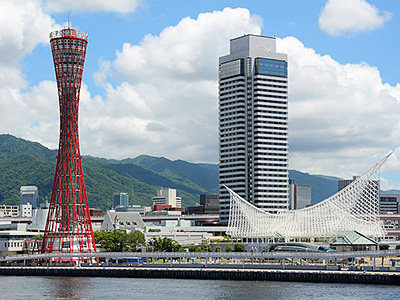 The 108m high Kobe Port Tower is a landmark of the city. 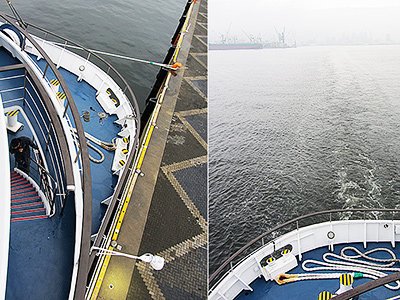 A great way to explore the port town Kobe. 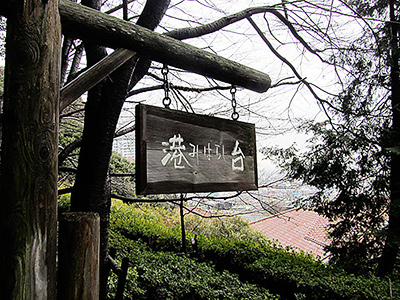 enjoy a nice hiking path to the Nunobiki Ropeway Station.

Best Hotels and Ryokans in Kobe

"Japan has in total 3 Chinatowns located in Yokohama, Nagasaki and Kobe.
Kobe Chinatown (Nankinmachi) with its over hundred restaurants and shops and a beautiful Chinese temple is a must-see destination during your Kobe visit. Be aware it can get really crowded on weekends. It took me 1,5 hrs to see the most important parts of the district."

 back to Kobe overview
next gallery Kitano-chō 