Jogashima Island covers an area of 1 square kilometre and has a population of approx. 600 people. From there you are able to see the symbol of Japan Mt. Fuji, Sagami Bay, Izu Peninsula (Izu Hanto), Boso Peninsula (Chiba Prefecture), Izu Oshima and Tanzawa Mountain Range (Tanzawa-sanchi). The rocky southern coast with its high cliffs is directly located at the Pacific Ocean. At the east part you will find a nature park with two observatories and a field of daffodils. Jogashima is made of volcanic rock and rises about 30m above sea level.

 Explore Hotels near Jogashima >
Pick your right place from a large selection of hotels, hostels, resorts and more. It is connected with the mainland (Miura Peninsula, Kanagawa Prefecture) by the Jogashima-ohashi bridge. It is also possible to take a small ferry boat from the Urai dock in Misaki. The crossing takes max. 10min. The main drivers at the local economy are the fish markets. You can eat there the best Tuna, Sushi and Sashimi (thin pieces of fresh raw meat or fish). Check out the market called Misaki Fisharina Wharf - Urari close to the harbor. This popular day trip destination for locals and tourists is also famous for the unforgettable sunsets you can experience there. Btw the best places on the island are connected by a max. 2 hours hiking trail.

The fish markets at the island are dating back 2000 years. During the Edo period (1603 - 1868) the fish industry experienced a tremendous growth, because of the demand of Edo city (Tokyo). Fishermen in Jogashima started to capture fish by net in 1649.

How to get to Jogashima?

Jogashima Lighthouse - The western styled unmanned lighthouse is the fourth oldest in Japan. It was built in 1870 and completely destroyed during the Great Kanto Earthquake in 1923. The reconstruction of the lighthouse took till 1925.

Misaki fishing harbor - Misaki port is one of the largest Tuna ports in Japan. The quality of the Tuna is outstandingly good. Try it out in one of the many sea food restaurants:)

Jogashima park - The two observatories within the park offer great panoramic views and are definitely worth a visit.

Cape Nagatsuro - It is one of the best places in the whole Kanto area to enjoy a sunset and the views over the Pacific Ocean are magnificent.

Jogashima-ohashi Bridge - The box-girder bridge with a length of 575m and a height of 21m is connecting Jogashima with Miura since 1959.

Umanose-Domon - The Arch shaped rock is one of the most known landmarks of the island. Before 1923 Umanose-Domon was nearly under water, but through the great Kanto Earthquake the rock was lifted up by 8m.

Sea Cormorant nesting
Jogashima is known as a nesting area for the Sea Cormorant. During that time protected parts of the island give them shelter.

The small offshore island is a very popular tourist destination. 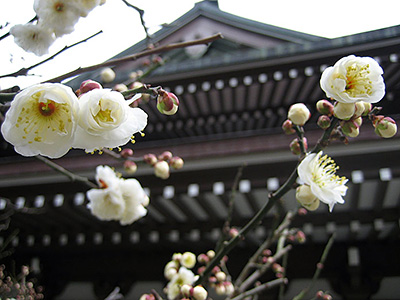 a former capital of Japan, has many things to offer. 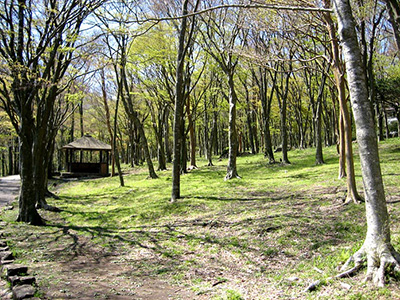 Enjoy the hiking paradise around the lake. 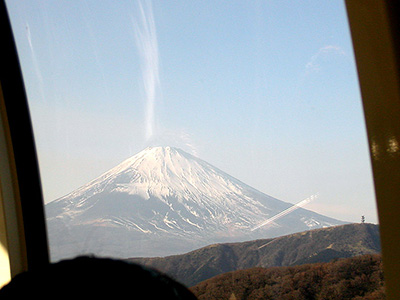 is the most visited national park in Japan.

"Only one hour by train and bus from Yokohama you can enjoy the island Jogashima.
The island is located at the southern tip of the Miura Peninsula. You can easily explore this place within one day. My tip: The area is famous for maguro sashimi. Try out some of the nice restaurants there."

 back to Journey overview
next gallery Hamamatsu 