The Yamashita Park in Yokohama is one of the most visited tourist spots in the city. It is a great place for a relaxing stroll along the promenade and to enjoy amazing views of the Port of Yokohama, Yokohama Bay Bridge and Osanbashi Pier.

 Buy now and Save >
Since 2004 I travel nearly every year to Japan. The rail pass made my life easier to discover all those amazing places in my favourite country. The public park is directly located at the Yokohama Bay. The size of this green oasis is 750m by 100m. You will find there a museum ship with the name Hikawa Maru, Yokohama Marine Tower, monuments and fountains. The rose garden with 160 different species is also worth a visit.

Yamashita Park was built after the Great Kanto Earthquake of 1923. The debris was used to create a park at the former waterfront. The Scotsman Marshall Martin came up with the idea for this project. The first seaside park in Japan opened for the public in March of 1930. In 1945 after World War 2 the area was used for military purposes of the American army. In 1960 the park was handed back to the Japanese government.

How to get to Yamashita Park?

Hikawa Maru - The museum ship was a former Japanese ocean liner used by the imperial family and even the famous Charlie Chaplin (1889 - 1977) went on board. It was constructed in 1929 for Nippon Yusen Kabushiki Kaisha (NYK Line). The ship started its business in 1930 and connected Yokohama with Vancouver and Seattle. After 30 years in 1960 the ocean liner was retired and transformed into a museum.

Yokohama Marine Tower - The tower reaches a height of 106 meter. The architectural icon for Yokohama City offers great views from the observatory deck (100 m above ground). It is currently closed for the public till March 2022. Read more >

Indian Water Fountain - The fountain was a donation by the local Indian people to express their gratitude for the help they received after the Great Kanto Earthquake in 1923.

Girl Scout Statue - The statue was unveiled on the 50th anniversary of the founding of the Girl Scouts in 1962.

Statue of the Girl with Red Shoes (Akai Kutsu) - The statue is based on a famous Japanese song/poem about a girl with red shoes taken away by a foreigner at the Yokohama Bay.

Yokohama Port Festival (end of May)
This yearly event is celebrating the anniversary of the opening of Yokohama Port to other countries (America, Netherlands, Russia, France and Britain) on the 2nd of June in 1859. Enjoy great music, performances and fireworks.

Yokohama Sparkling Twilight (16th - 17th)
This spectacular event at the Yamashita Park features more than 3000 fireworks. It is held over two days in the middle of July. The event also includes live music and parades. The fireworks usually starting at around 7:30pm. 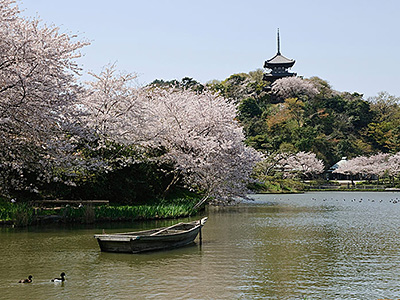 The perfect spot for the cherry blossom season. 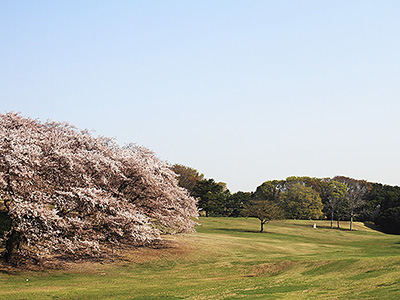 It is one of the most beautiful parks in Yokohama. 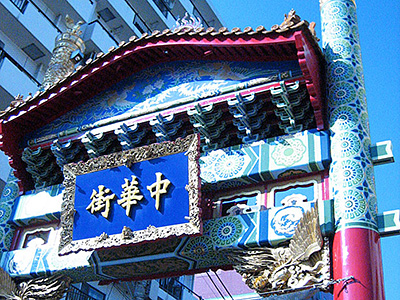 "Yamashita Park is the most famous park in Yokohama.
It was one of my favourite places to visit during my one year stay in Tokyo and Yokohama. The park offers not only great views of the harbour it is also the venue for popular events/concerts during the summer months."