The beautiful Tsurugaoka Hachimangu Shrine in Kamakura is a must-see on your visit of the city near Yokohama. It is the most notable and most important Shinto shrine within the former political center of Japan. The huge shrine complex has the status of an Important Cultural Property and can be reached via a long street (Wakamiya Oji) with many toriis starting near Kamakura Beach and goes right through the city centre. The shrine is dedicated to Hachiman, a guardian deity for warriors and the well-being of people. The shrine serves as the venue of most of the local festivals and it is not unusual for it to be crowded throughout the year. Kamakura Hachimangu acted as a Hachiman shrine as well as a Tendai Buddhist temple which helps to explain why it is designed in typical Japanese Buddhist architecture. The shrine is one of the most visited attractions in Kamakura. For example after New Years Day more than 2 million people come to this place.

 Buy now and Save >
Since 2004 I travel nearly every year to Japan. The rail pass made my life easier to discover all those amazing places in my favourite country.

How about exploring the beautiful city Kamakura and its historical places with a local guide. Check out this page > for more details.

Tsurugaoka Hachimangu shrine was founded in 1063 by Minamoto Yoriyoshi (988 - 1075), the head of the Minamoto clan. The shrine continued to expand after its formation where it was finally moved to its current spot back in 1180 by Minamoto Yoritomo (1147 - 1199), who was the founder and first ruler of the Kamakura government. The shrine is dedicated to Hachiman, who is known to be the patron god of the Minamoto family and the Shinto god of war. In the 1190s, Wakamiya Oji, which refers to the cherry lined path that leads to the shrine, was constructed by Yorimoto so that the oldest son of the family could visit the shrine in true style and class. On-site, there was a famous gingko tree located, which was destroyed by a storm in 2010. The tree was more than 1000 years old and is also the site of a terrible act of feudal violence that occurred in 1219. It is at this spot that Yorimoto’s second son was brutally murdered, an act that led to a series of brutal deaths within the royal ranks.

How to get to Tsurugaoka Hachimangu Shrine?

Wakamiya Oji - It is a 1.8km long street in Kamakura leading up to the Tsurugaoka Hachimangu Shrine. At the same time it is also the main avenue of the city. Wakamiya Oji received the status of a Historic Site and is now on the list of the best 100 streets in Japan. Part of the street is a 200m long section between the second and third gate called Dankazura. It is lined up with 400 cherry trees and a main attraction during the Sakura Season in the beginning of April. Dankazura was renovated in 2016.

Main Hall (Hongu) - The main hall is located at the top of the stairway (62 steps) and was built in 1828 by shogun Tokugawa Ienari (1773 - 1841). The building is one of the biggest highlights of the shrine complex. Purification ceremonies are held here by the priests. Its architectural style is called Hachiman-zukuri. Part of the Main Hall is a small museum (200 yen entrance fee) with an exhibition of old documents, swords and masks. However, from the top of the stairs, you can also enjoy amazing panoramic views of the surrounding area, the sea and the shrine itself.

Maiden - This open pavilion near the main stairway is used for music performances and wedding ceremonies.

Wakamiya-jinja - The shrine was restored in 1624 by the Tokugawa shogunate.

Genpei Ponds - These two famous ponds represent the Taira and Minamoto clans. These clans were fighting each other for many years. Take a break there and enjoy the nice scenery.

New Year’s Day (from 1st to 3rd)
More than 2 million people come to Hachimangu for the traditional first shrine visit of the year. The ceremony is called hatsumode. People praying for a good fortune during the next 12 months.

Kamakura Matsuri (from 2nd to 3rd Sunday)
The city and its history will be celebrated.

Bonbori Matsuri (7th to 9th)
Hundreds of lanterns can be found around Tsurugaoka Hachiman-gu shrine.

Reitai Matsuri (between 14th and 16th)
Kamakura’s Mounted Archery Festival is a 3 days event. On the last day of this amazing Shinto festival at the Tsurugaoka Hachimangu Shrine you should not miss the yabusame highlight. It is the practice of archery on horseback.

Where to stay in Kamakura?

Hotels and Ryokans in Kamakura

The place is famous for the beautiful bamboo grove.

One of the must-sees in Kamakura.

The small offshore island is a very popular tourist destination. 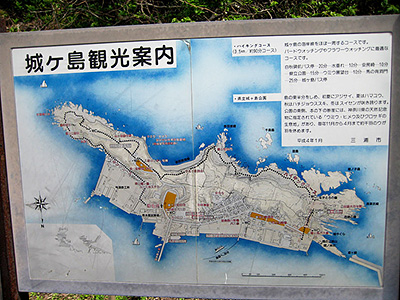 "Tsurugaoka Hachimangu Shrine is the centre of the cultural life in Kamakura.
Take your time to explore the huge shrine complex. Many big events during the year are held at Hachimangu."

 back to Kamakura overview