The Open-Air Museum of Old Japanese Farmhouses from all over the country gives you the great opportunity to study the local culture, architecture and traditions during the Edo period.

Explore Ryokans in Osaka
Ryokans are the perfect way to discover old Japanese culture and traditions. Those 11 houses (Nihon Minka Shuraku Hakubutsukan) were built from the 17th till 19th century. After they were removed from their original location these houses found a new home in the appr. 360000 m2 museum park. Most of the houses are open for the public and you can explore the interior design, household objects, farm tools and even local guides can answer your questions in English. It was an amazing experience for me. The best time to visit this place is during the ume (plum) and cherry blossom season in the end of February and beginning of April.

This museum within the Hattori Ryokuchi Park was the first open-air museum in Japan. It was founded in 1956 and displays farmhouses with a wide range of styles and special architectural features to accommodate different climate zones in Japan.

The Open-Air Museum of Old Japanese Farmhouses is located within the Hattori Ryokuchi Park in Toyonaka a suburb in the northern part of Osaka.

How to get to Hattori Ryokuchi Park?

You will find at each farmhouse a signboard with an English explanation. It will tell you the age of the house, original location and more historical facts.

Rice storage from Dojima - relocated from the heart of Osaka Prefecture, it is one of the last examples of this construction style

Toyonaka Matsuri (3rd till 4th)
Many visitors wearing yukata (summer kimono) and enjoying the events for young and old, live music and the good food. 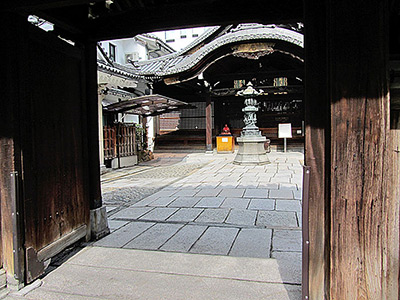 Enjoy the beauty of this little temple in Osaka. 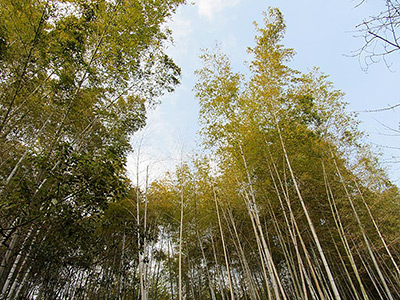 is located within the Hattori Ryokuchi Park. 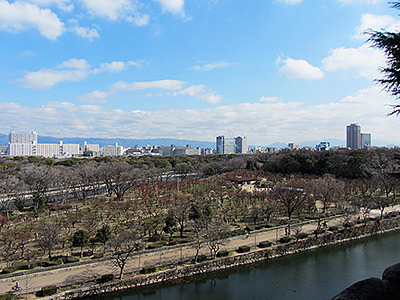 is the perfect place of recreation and relaxation. 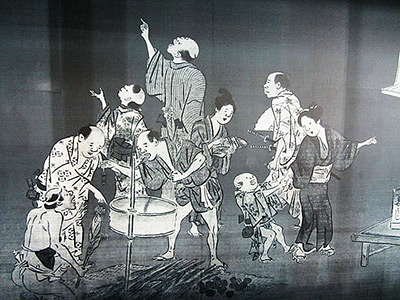 "The Open-Air Museum features a collection of 11 representative and very old farmhouses from all over Japan.
The houses were moved from their original location and rebuilt. To see such different construction styles at one place is a unique opportunity. The museum is loctated in the beautiful Hattori Ryokuchi Park."

 back to Osaka overview
next gallery Bamboo Forest 