The Futarasan Shrine is located in the Nikko National park and like many shrines in Nikko, it is also part of Nikko's UNESCO World Heritage Sites. The Shinto shrine was dedicated and named after Mount Futara, which is also located in the same Nikko Park.

Explore Ryokans in Nikko
Ryokans are the perfect way to discover old Japanese culture and traditions. Mt. Futara is commonly known as Mt. Nantai and is with a height of 2486m the tallest mountain in the park. Futarasan Shrine has a deep religious significance for the locals as it is believed to be the point at which all religions in Japan intersect. It is dedicated to the deities of Nikko’s most sacred mountains namely Mount Taro, Nantai and Nyoho. The temple complex covers in area (incl. mountians) of appr. 3400 hectares.

Futarasan Shrine was founded by a Buddhist monk known as Shodo Shonin (735 - 817) in 767. Shodo Shonin explored various parts of Nikko during that time and founded also the nearby Rinno-ji Temple. Shodo Shonin is credited with introducing Buddhism to the Nikko area. Most parts of the shrine complex were rebuilt in 1619 by the famous shogun Hidetada Tokugawa (1579 - 1632), a son of Ieyasu Tokugawa (1543 - 1616).

Futarasan Shrine is located just next to the famous Toshogu Shrine in Nikko within the Tochigi Prefecture.

How to get to Futarasan Shrine?

Shinkyo Bridge (Sacred Bridge) - Belongs to the 3 most beautiful bridges in Japan. Since 1999 Shinkyo has the status of an UNESCO World Heritage site.

Romon and Shinmon Gate - The gates at the entrance of temple complex are really an impressive sight.

Sacred trees - These gigantic old cedar trees alone are worth a visit.

Toshogu Shrine Grand Festival (17th - 18th)
The most important annual festival in Nikko includes a horesback archery and a procession of 1000 warriors. The festival is a re-enactment of the funeral procession of Tokugawa Ieyasu (1542-1616) who founded the Tokugawa Shogunate in Edo (Tokyo).

Toshogu Shrine Autumn Festival (16th - 17th)
Is an repetition of the festival in May. 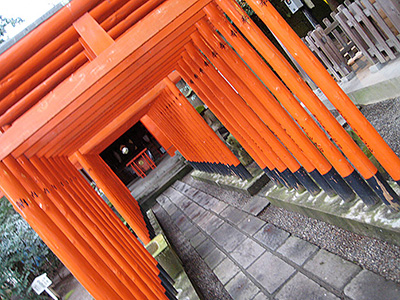 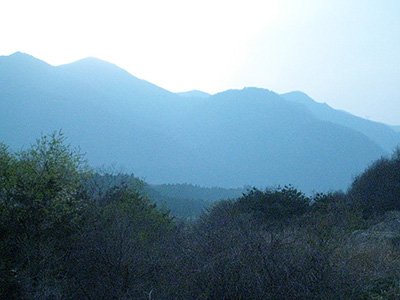 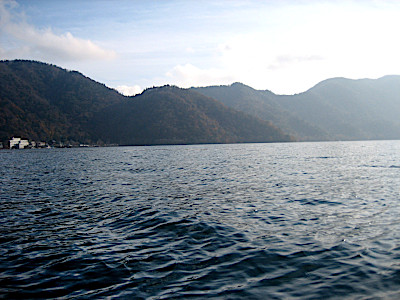 "Futarasan Shrine is at the sacred and religious heart of Nikko.
The Shrine was designed in the same style as other neighboring mausoleums although the design was not as grand or as lavish."

 back to Journey overview
next gallery Rinnoji Temple 