If you are interested in a lush green and beautiful park situated in the middle of the city of Sapporo, then Nakajima Park is definitely your best bet. Well known all over the area as an event venue, the Nakajima Park is filled with visitors all through the year.

Since 2004 I travel nearly every year to Japan. The rail pass made my life easier to discover all those amazing places in my favourite country. With an area that covers close to 21 hectares with about 5000 trees, this nature-rich space is located near the city center, which means that it is extremely accessible and has even been listed as one of the hundred most popular urban parks in Japan. The park has a beautiful lake called Shobu Pond, a museum, an observatory, a historical building that also houses a tea shop, a concert hall, as well as numerous lawns, walkways and forests. The south end of the Nakajima Park also has two shrines. During the Golden Week holiday, hundreds of people arrive at the Nakajima Park to enjoy the boat rides and the changing colors of fall. Aside from the main attractions, the Nakajima Park also has other facilities such as a children’s house, multipurpose halls for meetings and conferences, a boating dock, tennis courts and a sports center.

Nakajima Park was constructed on land occupied by a closed down lumber factory in the early 20th century. When the park was first constructed, it also consisted of the Hoheikan, which was a western style building that was created to accommodate dignitaries arriving from the west in 1800. The 8 window tea houses situated on the property was originally constructed in Shiga prefecture and was designed by the tea master Enshu Kobori (1579 – 1647). The Sapporo Concert Hall Kitara, which is also located within the park was opened in 1997. The state of the art venue has a capacity of over 2000 people and is still used today for hosting classical music concerts. The Sapporo Astronomical Observatory was opened in 1958.

Nakajima Park is located in the center of the city Sapporo near the Susukino shopping district.
Address: Nakajima-koen 1, Chuo-ku, Sapporo, Hokkaido 064-0931

How to get to Nakajima Park?

Sightseeing spots in the park

Sapporo City Astronomical Observatory - This public observatory was built in 1958.

Shobu Pond - An old lumberyard was later converted in this beautiful pond.

Hoheikan - It is a historically important building dating back to 1880. Hoheikan was constructed by the Hokkaido Development Commission and served as a hotel and guesthouse.

Sapporo Concert Hall - The largest concert hall in Hokkaido was opened for the public in 1997.

Festival & Events in Sapporo (dates can change without notice)

Sapporo Snow Festival (Sapporo Yuki Matsuri) (5th - 12th)
If you look for one of the most popular winter festivals than the Sapporo Yuki Matsuri is the perfect place for you. Enjoy huge snow sculptures with some of them higher than 26 meters.

Where to stay near Nakajima Park in Sapporo? 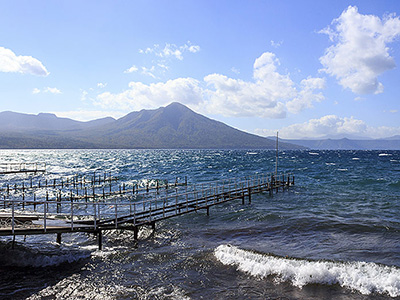 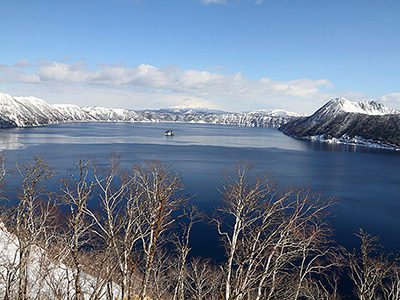 is one of the clearest lakes in the world. 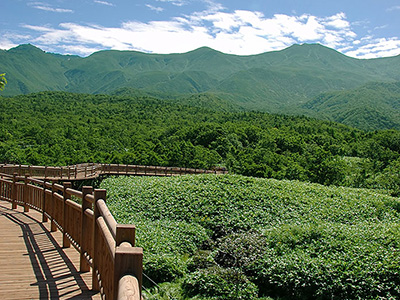 One the last remaining wilderness areas in Japan.

"Although the Nakajima Park is located in an urban area, it is a great place to get away from the hustle and bustle of the city.
The park has rich greenery and views of the surrounding mountains that help to create a peaceful atmosphere."