Iwami Ginzan was the largest Silver Mine in Japan, which produced high-quality silver, known as Soma Silver, for over 400 years. The silver was mainly used for coins. Those coins were a very important currency for the East Asian trade. The UNESCO World Heritage Site consists of mining archaeological sites, fortresses, settlements, shipping ports and transportation routes. At one point in time the output of the mine, with the help of 200000 workers, was 38 tons of silver per year. During the 16th century an astonishing 1⁄3 of the world´s silver production came from this place. Even with the heavy mining activities during those years, the Iwami Ginzan area remained covered with thick forest. It is a nice example that a large scale mine and nature could exist side by side.

The production of silver in the Iwami Ginzan Mine lasted from 1526 to 1923. In 1533 a new technology, brought from the Korean Peninsula, increased the production massively. The technology was called cupellation method (haifuki-ho). In early 1600s the Tokugawa Shogunate overtook the power of Iwami Ginzan. In 2007 Iwami Ginzan Silver Mine was added to the UNESCO World Heritage List.

How to get to Iwami Ginzan?

Omori-cho - the town is a hidden treasure and def. worth a visit, follow the street for 1,5km and explore shops, traditional houses, cafes, shrines and temples along the way, Omori town is comparable with Tsumago, Narai and Magome in the Kiso Valley

Shimizudani Refinery Ruins - the refinery was only active for one year, explore the huge stone walls there

Rakan-ji Temple - the temple, founded in 1766, belongs to the Shingon sect of Buddhism and houses 501 arhat figures (known as Gohyaku-rakan), showing various expressions of happiness, sadness and anger

Yunotsu Hot Springs - part of the World Heritage Site with a history of over 1300 years, enjoy a healthy hot bath there

Aoba matsuri (festival) (15th)
Traditional ceremonies and processions are performed at temples all over the town to celebrate Kobo Daishi's birthday.

Mando-kuyo-e (Candle Festival) (13th)
Thousands of candles are placed along the paths of the Okunoin cemetery.

Where to stay near Iwami Ginzan Silver Mine?

Hotels and Ryokans near Iwami Ginzan Silver Mine 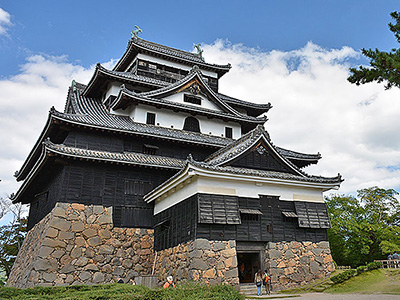 One of the last original medieval castles in Japan. 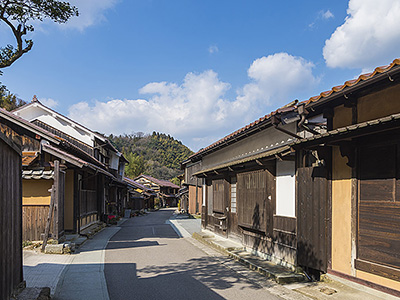 a UNESCO World Heritage Site since 2007. 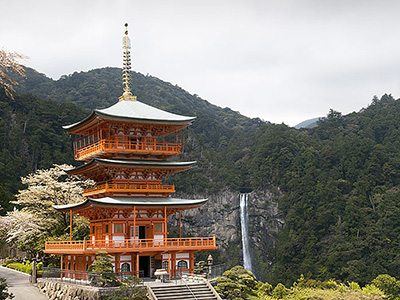 "The UNESCO World Heritage Site, with an mining history of over 400 years, contains 14 historic sites.
It was one of the most important silver mines in the world during the 16th and 17th century."

 back to Journey overview
next gallery Matsue Castle 